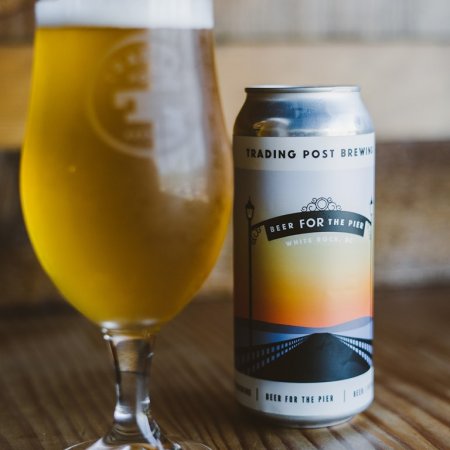 ABBOTSFORD, BC – Trading Post Brewing has announced the release of a new beer to raise funds in support of a local historic landmark.

Beer For The Pier (5% abv, 18 IBU) is a collaboration with Friends of the Pier, an organization aiming to raise $2 million to restore White Rock Pier, Canada’s longest wooden pier, which was built in 1914 and sustained serious damage during the severe storms that hit British Columbia last December.

Described as a “light, easy drinking Kölsch created using local Lumberjack hops to remind you of good times strolling the pier with friends,” Beer For The Pier is available now at Trading Post in 473 ml cans, and will be on tap starting this weekend. All proceeds from sales will be donated to Friends of the Pier.