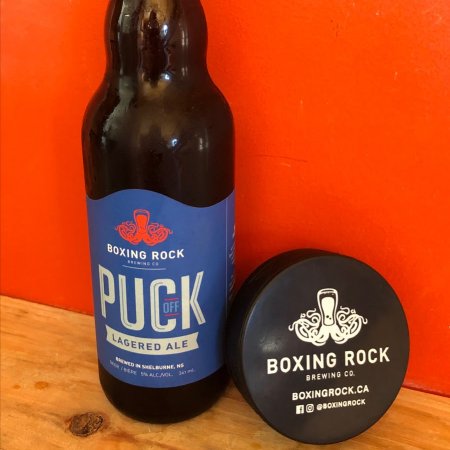 SHELBURNE, NS – Boxing Rock Brewing has announced the return of a popular seasonal beer, this time with a special bonus.

Puck Off Lagered Ale (5% abv) is a “crisp and refreshing” beer that did well for the brewery over the summer, and and is back for an early autumn run.

In addition, each six-pack of the beer comes with a Boxing Rock branded hockey puck while supplies last.

Puck Off is on draught now at the Boxing Rock taproom and retail store in Shelburne, with six-packs available starting tomorrow (September 17th).