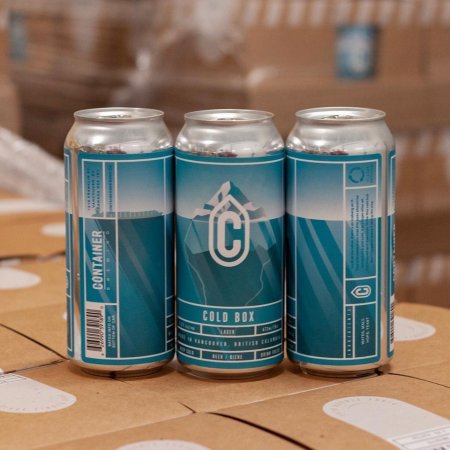 VANCOUVER, BC – As work and preparations continue for the opening of its taproom and retail store, Container Brewing has announced the release of three new beers to join the pair that debuted earlier this month.

Cold Box Lager (5.2% abv) was dry-hopped with Saaz and Huell Melon, and features an iceberg on the label “to remind you that this beer should be served nice and cold

Transit NEDIPA (7.4% abv) was hopped with Hallertau Blanc, Idaho 7, and Ella, and is the second in a series of three New England IPAs from the brewery, following the previously released Origin NEIPA.

All three beers are available now in 4-packs of 473 ml cans at select private liquor stores, and on tap at several bars and restaurants in Vancouver and area.