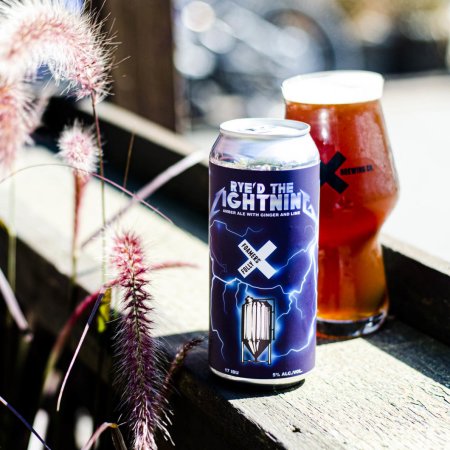 PITT MEADOWS, BC – Foamers’ Folly Brewing has announced that a beer available in its tasting room earlier this year will be returning for a wider release.

Rye’d The Lightning (5% abv, 17 IBU) is an amber ale brewed with rye, ginger, and lime. It’s described as follows:

Featuring a reddish-brown colour, this beer features aromas of spicy ginger with flavours of peppery rye, tangy lemon & lime zest, and has a light bready finish.

Rye’d The Lightning will be released on Thursday September 19th at Foamers’ Folly, with a launch party from 6:00 to 8:00 PM featuring chorizo dogs with chips, and a trivia contest. It will be available in 4-packs of 473 ml cans at the brewery and select liquor stores while supplies last.