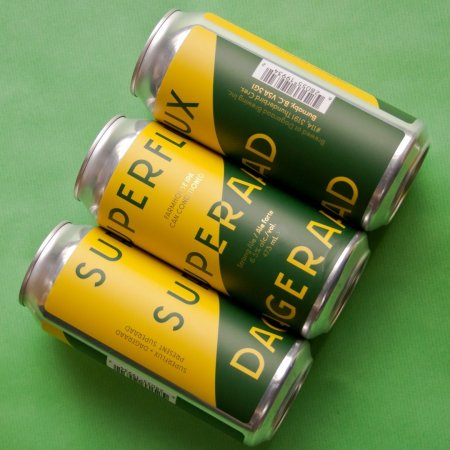 BURNABY, BC – Dageraad Brewing has announced the release of a new collaboration with Superflux Beer.

Superaad (6.5% abv) is described as “a farmhouse IPA dry-hopped with a moderate amount of Vic Secret hops (according to [brewers] Matt and Adam), and can-conditioned.”

Superaad will be released tomorrow (September 19th) in 473 ml cans at the Dageraad tasting room, with distribution to select private liquor stores to follow next week.