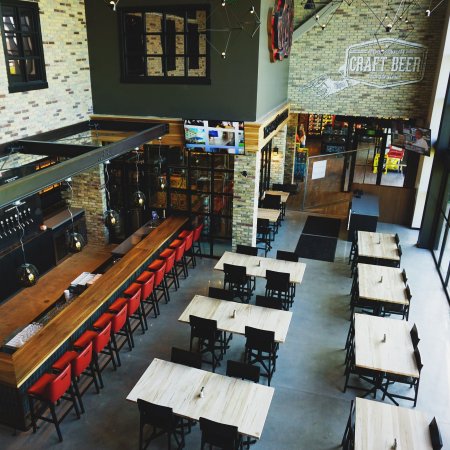 KITCHENER, ON – Waterloo Brewing has announced the opening of a new taproom and expanded retail store at it’s brewery in Kitchener-Waterloo.

The Waterloo Brewing Taphouse features 98 seats and twelve beers on tap, including several brewed on a newly installed 2-hectoliter small batch brewhouse. The venue also offers a selection of food prepared in-house, and will host live music on Friday and Saturday evenings.

The opening of the Taphouse comes with the expansion of the brewery’s beer and merchandise shop, as well as the launch of a new scholarship in support of the Brewmaster program at Niagara College.

The Taphouse officially opens to the public on Friday September 20th, and the grand opening weekend will feature beer and food specials, prize giveaways, live music, and meet & greet sessions with the brewers.

Waterloo Brewing is located at 400 Bingemans Centre Dr. in Kitchener. The new Taproom will be open from 11:30 AM on Thursday to Sunday, closing at 12:00 midnight on Thursdays, 1:00 AM on Fridays and Saturdays, and 10:00 PM on Sundays. For more details, see the full announcement on the Waterloo Brewing website.