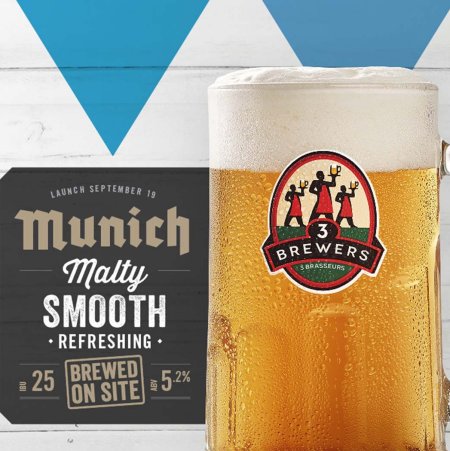 MONTREAL, QC – Brewpub chain Les 3 Brasseurs/The 3 Brewers has announced details of its latest monthly feature beer, this one a past favourite that has returned once again for Oktoberfest celebrations.

Munich will be on tap from today (September 19th) until October 23rd at all Les 3 Brasseurs/The 3 Brewers locations in Quebec and Ontario.