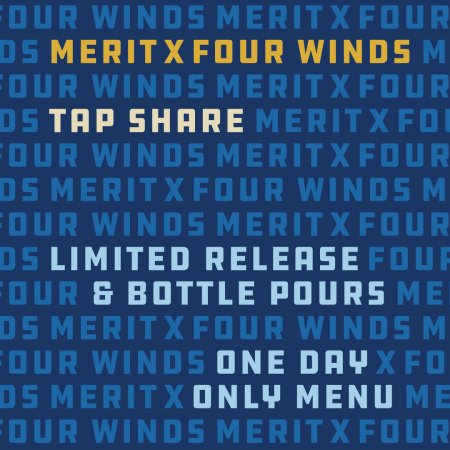 HAMILTON, ON – MERIT Brewing has announced that it will be welcoming Delta, BC’s Four Winds Brewing for a special Tap Share evening next week.

Taking place on Thursday September 26th starting at 6:00 PM, the free admission event will feature four beers from Four Winds on tap, several special bottle pours and beers from the cellar, and a one-day only food menu that “brings together [Four Winds’] love of tacos and [MERIT’s] love of sausage”.