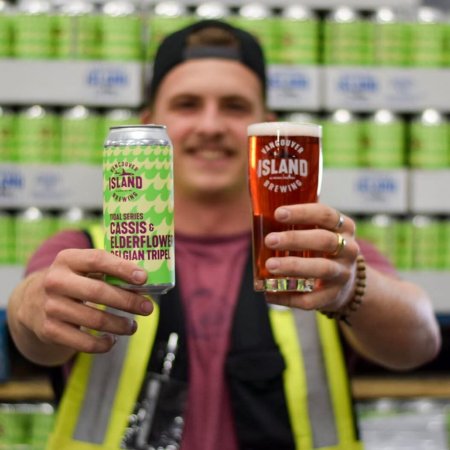 This fruity and floral beer takes inspiration from the cocktail world for a fresh take on a fruited Belgian Tripel. Dangerously drinkable and intriguingly coloured, allow yourself one last flirt with summer before sweater season arrives!

Cassis & Elderflower Belgian Tripel is available now in 473 ml cans at Vancouver Island Brewing and select liquor stores in BC.