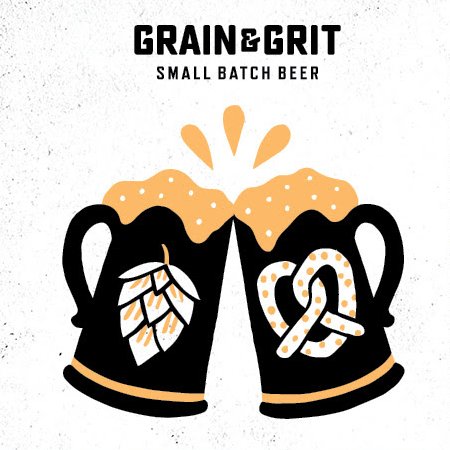 HAMILTON, ON – Grain & Grit Beer Co. has announced details of two new beers to be released later this week.

Zigge Zagge is inspired by the German heritage of head brewer Alex Sporn, and is described as follows:

A classic German wheat beer, characterized by the yeast — with aroma and flavour of banana and clove, and hints of fresh citrus. Full bodied, with earthy, sweet cereal notes and a slightly citrusy finish.

Just Peachy is a fruit-infused sour ale with the following notes:

We added peach slice candies in the boil, peach purée at the end of fermentation, and then went ahead and conditioned it on a boatload of fresh Niagara peaches. The result is a peach party in your mouth, with layers of peach flavour.

Both beers will be launched at the brewery on Friday September 27th at 12:00 noon, with an Oktoberfest-themed release party from 4:00 to 9:00 PM featuring food from Dobro Jesti Food Truck, and live music by Christopher Clause starting at 7:00 PM.