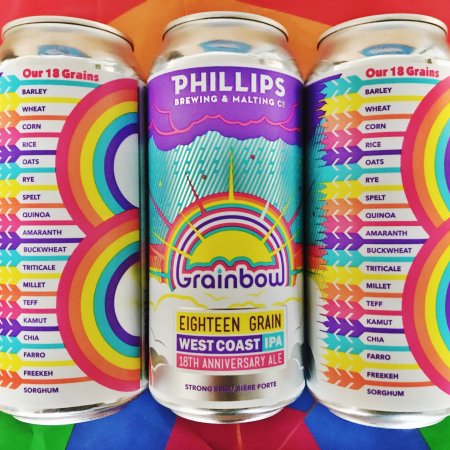 VICTORIA, BC – Phillips Brewing has announced details of a new limited edition release to mark its 18th anniversary.

To celebrate our 18th anniversary, we had a field day brewing a beer with 18 different grains to toast each year. All of these grains are outstanding in their field and threshed to impress even the most cereal polygamist. They are then balanced with 6 Northwest hop varietals, leading to a full, hop-forward silo-doscope of flavour. Taste the Grainbow!

Grainbow will be available in 473 ml cans at Phillips and select private liquor stores in BC for a limited time.