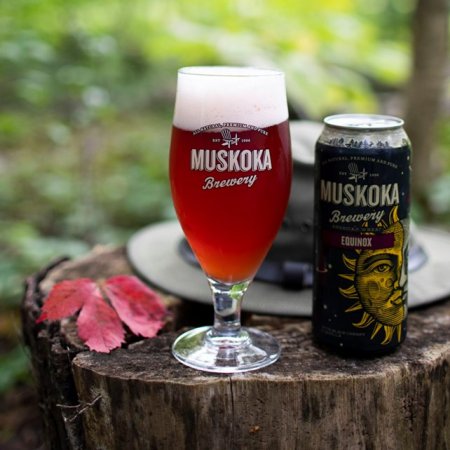 BRACEBRIDGE, ON – Muskoka Brewery has announced details of its release plans for autumn, including several seasonals, a cross-country collaboration, and two mixed packs.

This year’s edition of Harvest Ale (6.7% abv) was released earlier this month, and is available at the brewery and numerous retail locations.

It has since been joined by Equinox (5% abv), a black cherry wheat ale previously available in the monthly Moonlight Kettle series, and the 2019 release of Shinnicked Stout (5.2% abv). Both of the new arrivals are at the brewery now, with Equinox heading to the LCBO next month, and Shinnicked Stout due for both LCBO and Beer Store releases in coming weeks.

Coming soon is Chocolate Orange Kveik (8% abv), a collaboration with Newfoundland’s Quidi Vidi Brewing that will be released in a limited run of 750 ml bottles at the brewery on October 5th, and later in the month at LCBO locations.

Finally, a second sampler pack focused on hop-forward styles is also due out in October at the brewery and November at the LCBO. Dubbed Hopsonic, it will reportedly feature “two of our classics and four innovative graduates from our Moonlight Kettle Series.”