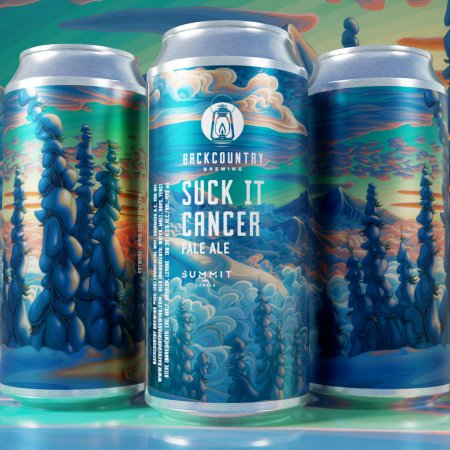 SQUAMISH, BC – Backcountry Brewing has announced the return of an award-winning beer under a new name and with a new charitable twist.

Suck It Cancer (5.5% abv, 28 IBU) is a double dry-hopped pale ale that won a gold medal at the BC Beer Awards as Suck It Trebek. The original name was inspired by a classic Saturday Night Live sketch, but the brewery felt would be in poor taste to keep it for this return visit due to Alex Trebek’s current battle with cancer.

Taking that into account, the beer was given its new name as well as new artwork provided by the estate of Chili Thom, a local artist who passed away from cancer in 2016.

Suck It Cancer will be launching today (September 26th) at Backcountry, with a release party starting at 7:00 PM. It will be distributed to select liquor stores and bars in British Columbia, and partial proceeds will be donated to the Terry Fox Foundation to help fund the fight against cancer.