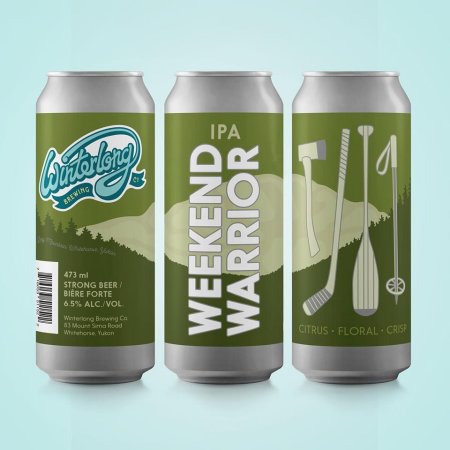 WHITEHORSE, YK – Winterlong Brewing has announced that it is making the shift to cans as its primary package format, with one of its year-round brands the first to make the move.

473 ml cans of Weekend Warrior IPA (6.5% abv, 62 IBU) came off Winterlong’s recently installed canning line yesterday, and are now available in 4-packs at the brewery. Further beers – both core and seasonal – will follow soon, as the brewery phases out the 650 ml bottles and 1 litre crowlers previously used.

For more details including announcements of upcoming can releases, see the Winterlong Brewing Facebook page.