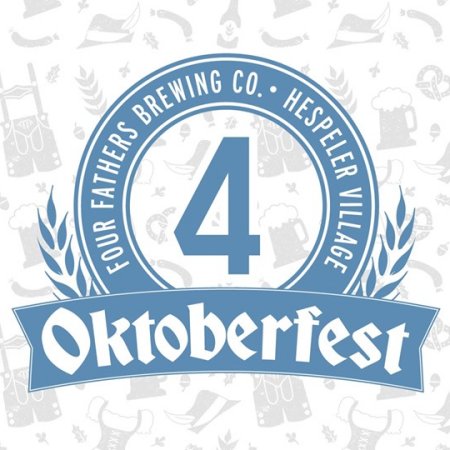 CAMBRIDGE, ON – Four Fathers Brewing has announced details of a traditional party and several new beer releases to celebrate Oktoberfest.

Taking place on Saturday October 12th from 6:00 PM to 12:00 midnight, the party will feature live music by polka legend Walter Ostanek and his band, and a Bavarian-inspired food menu including sausage, schnitzel, roast chicken, sauerkraut, and more.

In addition, the evening will see the launch of two new beers – These Pretzels are Making Me Thirsty! Oktoberfest style lager with buckwheat honey, and Hefe traditional German style hefeweizen – both of which will be pouring on cask for a limited time. And the latest beer in the Do Something Good charity series, Seize The Day lime pale ale, will also be available.

For more details and to purchase tickets to the party, see the Eventbrite listing.