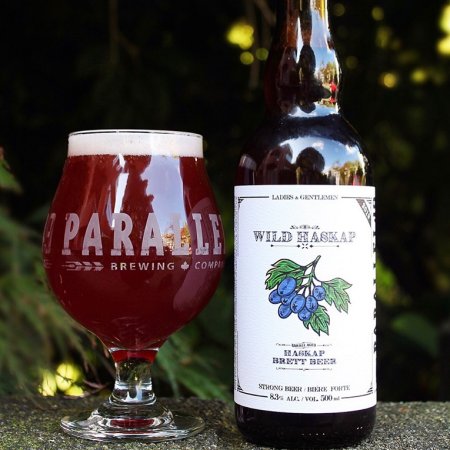 Created in partnership with Wolf Springs Farm in Sorrento, BC as part of Haskap Beer Month, to showcase the pairing of this local superfruit with beer! This deep purple, funky beer was fermented with six different strains of Brettanomyces, aged in rye whiskey barrels for eight months, and conditioned on Indigo Yum Haskap Berries for two months to develop a fruity nose of red currants, red wine, and oak and berry skin tannins, complemented by a herbal and floral funk and tangy tartness from the berries.

Wild Haskap is available now on tap and in 500 ml bottles at Parallel 49, and soon at select private liquor stores in British Columbia and Alberta.