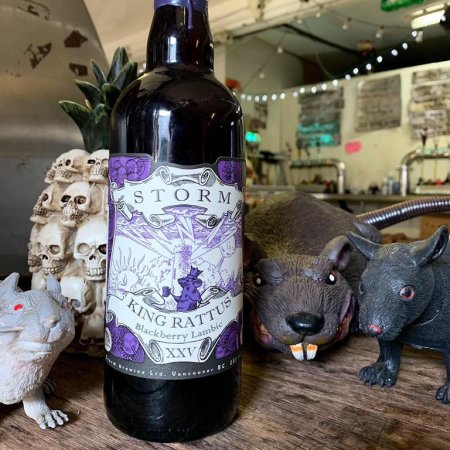 VANCOUVER, BC – Storm Brewing has announced details of a special limited edition release for its 25th anniversary.

To celebrate our 25th anniversary, James reincarnated his infamous ‘96 Lambic. He brewed King Rattus in 2017 and aged it in French oak barrels with a late addition of organic blackberries. These 750ml bottles have been corked, crowned, and wax sealed so that they can be cellared, and are also bottle conditioned.

King Rattus XXV is available now for $40 per bottle at Storm Brewing and Legacy Liquor Store while supplies last.