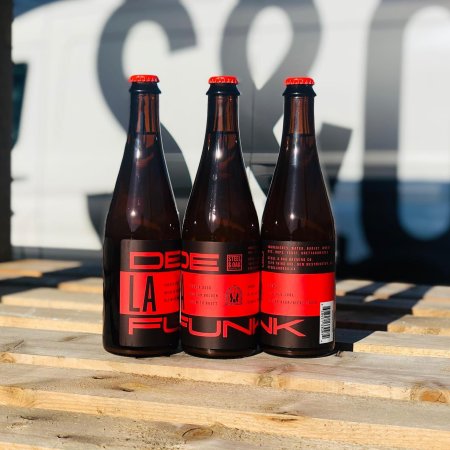 NEW WESTMINSTER, BC – Steel & Oak Brewing has announced the release of a limited edition collaboration with House of Funk Brewing.

De La Funk (6.1% abv) is a Belgian-style Golden Ale that was brewed a year ago at Steel & Oak, aged in House of Funk’s foeder for 8 months with Brett Brux, and then bottle conditioned for 4 months before release. It’s described as “woody, spice forward and bright”.