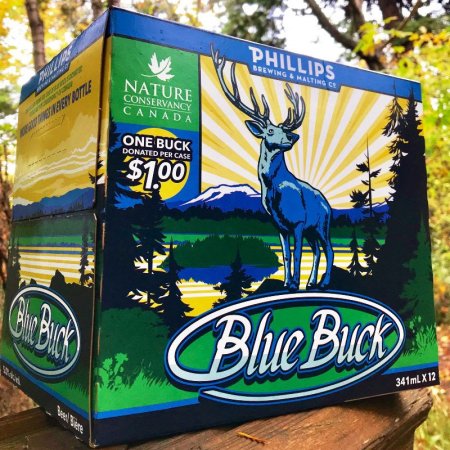 VICTORIA, BC – Phillips Brewing has announced the release of a limited edition 12-pack of its flagship Blue Buck Ale to raise funds for the Nature Conservancy of Canada.

For each of the packs sold, Phillips will donate $1 to the NCC in support of its work “protecting the natural areas that sustain Canada’s wildlife… including Bucks that don’t come in primary colours.”

Phillips also notes that it has been “working for 10 years to reduce the ecological hoof print of Blue Buck” and its other beers, as described in detail on its website.

The specially labeled 12-packs of Blue Buck are available now at private and government liquor stores throughout British Columbia.