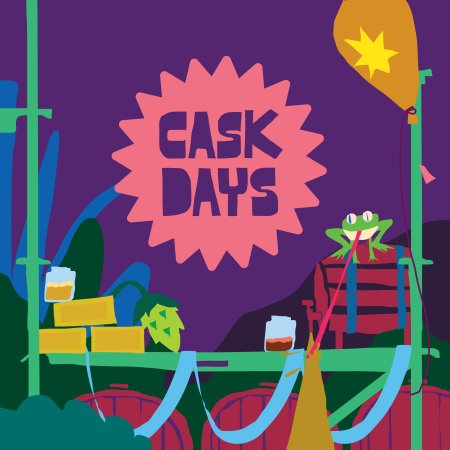 TORONTO, ON – The organizers of Toronto’s Cask Days festival have announced the more than 100 breweries and cider makers that will be featured at this year’s 15th annual edition, taking place October 18th to 20th at the Evergreen Brick Works.

In addition to more than 50 breweries from Ontario, this year’s event will also include selections from across Canada with brewers in Nova Scotia, Quebec, Manitoba, Alberta, and British Columbia sending beers to be poured.

Several American states will also be featured, including Maine, Colorado, Washington, Pennsylvania, Oregon, Vermont, California, and New York. And Cloudwater Brew Co. from the UK will do the honour of representing the traditional home of cask ales.

The full list of the 300+ beers and ciders that will be available to sample at Cask Days will be announced closer to the festival weekend, along with the food options, DJs, and other attractions.

For more details and to order tickets, see the Cask Days website.