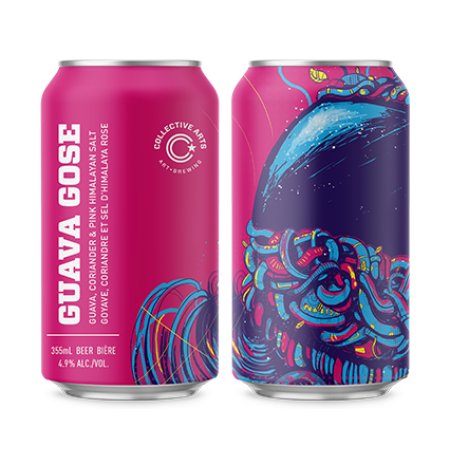 HAMILTON, ON – Collective Arts Brewing has announced an initiative to raise funds in support of victims of Hurricane Dorian in the Bahamas.

Under the brewery’s Guava Gose for Bahamas Relief promotion, $1 from every 4-pack of Guava Gose sold will be donated to World Central Kitchen for its work feeding those impacted by Dorian throughout the Bahamas, including those evacuated and living shelters in Nassau. Online donations for the cause are also being welcomed.

The fundraiser was inspired by the Bahamian heritage of brewery founder and CEO Matt Johnston, whose grandmother and other family members are originally from the Caribbean nation. Guava Gose was chosen due to it being a tribute to the flavours of the islands.

“I feel it is only right that we use the beer that was inspired by the Bahamas to do our part in helping the Bahamians that are in such a desperate need of support,” said Johnston in a statement. “Our efforts are a drop in the bucket for what they need but we are hoping it will also motivate others to assist and get involved.”