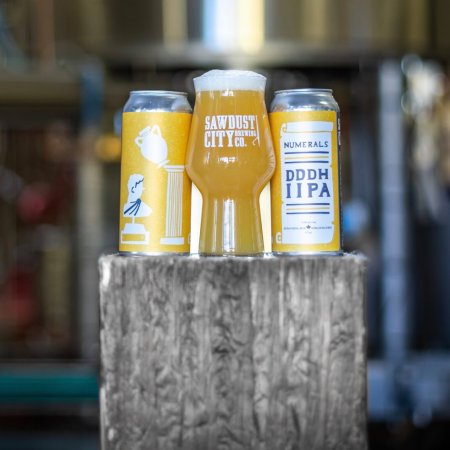 GRAVENHURST, ON – Sawdust City Brewing has announced a collaboration with Ottawa’s Dominion City Brewing as the 41st of its 52 weekly beer releases for 2019.

We brewed this hop-forward IIPA with tons of tropical, citrus, orange aromas and over to the top hop flavour. The spelt malt (“dinkel” in German) creates a rich and creamy brew, think silky orange creamsicle. This hazer is way too easy to drink for 9%.

Numerals will be released on Thursday, October 10th in 473 ml cans at the Sawdust City retail shop and online store.