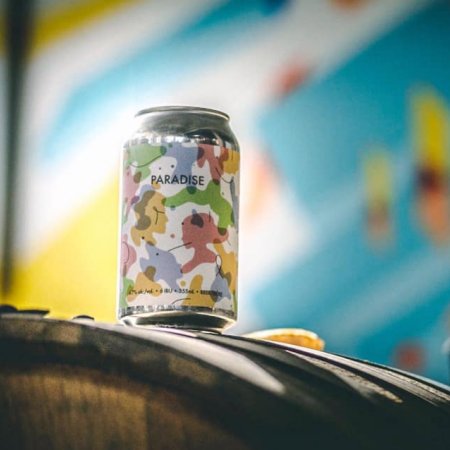 HALIFAX, NS – 2 Crows Brewing has announced details of the next beer to be released from its foedre-aged series.

Paradise (4.7% abv) is a sour ale aged on raspberries and passionfruit, and described as follows:

Brewed with barley, wheat, spelt, and a bit of rye, and hopped lightly in the boil with Nelson Sauvin and aged noble hops. Fermented and soured with a blend of house cultures in foedre, and allowed to condition for several months before a very heavy handed addition of raspberries (560lbs total) and a slightly more restrained addition of passionfruit (210lbs). The sugars in the fruit were allowed to fully ferment out before we canned the beer and allowed it to naturally carbonate over a period of about 2 months. Super jammy, lush, bright and lovely. An assertive tartness, touch of funk, and slight minerality. Very much raspberry forward, with a nice tropical twist from the passionfruit and remarkable balance and drinkability.

Paradise will be released Saturday October 12th, and will be available at 2 Crows while supplies last.