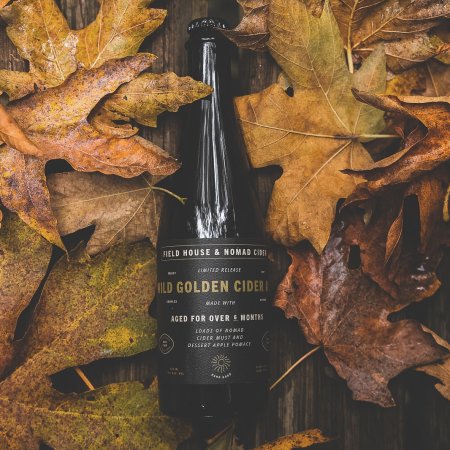 ABBOTSFORD, BC – Field House Brewing has announced the release of a new collaboration with Nomad Cider.

This beer began as a rustic Belgian style golden ale, fermented with a fruity monastic yeast strain. It was then aged for over 6 months on loads of Nomad cider must and dessert apple pomace, evolving and gaining acidity from the wild yeast and bacteria from the natural cider must. The result is an elegant intersection between cider and beer, crisp, refined and sparkling.

Wild Golden Cider Ale is available now in bottles and on tap at Field House, and bottles will be available at select private liquor stores starting next week.