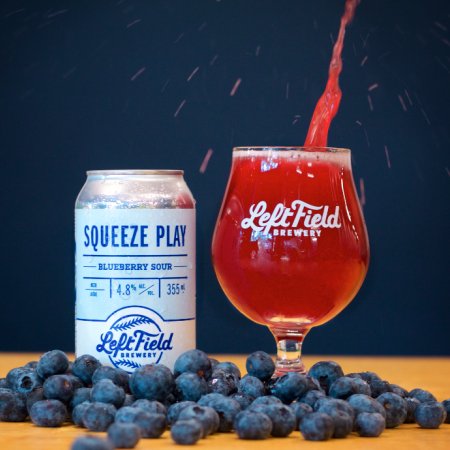 TORONTO, ON – Left Field Brewery has announced the release of the latest in its Squeeze Play series of fruit-flavoured sour ales.

Squeeze Play Blueberry (4.8% abv) is described as being “packed with blueberries, deep indigo in colour, juicy and quenching.”

Squeeze Play Blueberry is available now on tap and in 355 ml cans in the Left Field taproom, with cans also available via the brewery’s online store.