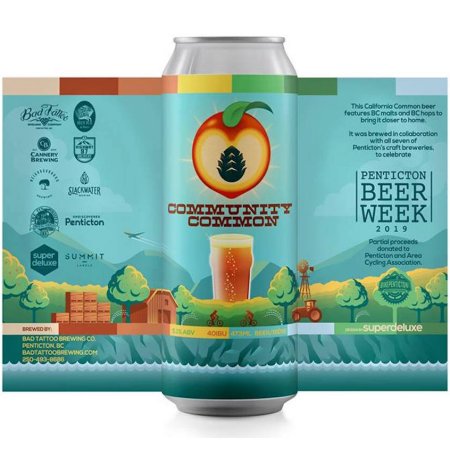 PENTICTON, BC – Details have been announced for the official beer of the 1st annual Penticton Beer Week, taking place later this month at venues throughout the city.

Community Common (5.1% abv, 40 IBU) is a California Common style beer described as having “a medium-bodied malty character and fruit notes.”

Penticton Beer Week 2019 runs from October 19th to 26th, and Community Common will be available at events throughout the week, as well as at all participating breweries, and in 4-packs of 473 ml cans at select liquor stores. Partial proceeds will be donated to local non-profit group the Penticton & Area Cycling Association.