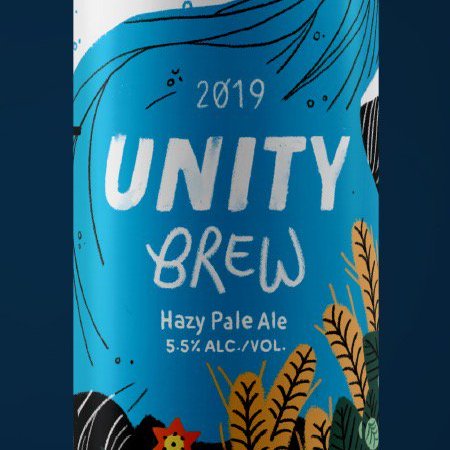 Alberta Brewers Hazy Pale Ale (5.5% abv) was brewed last month with brewers and other representatives dozens of Alberta breweries on hand for the brew day.

It will be officially launched on Thursday October 17th at several bars and pubs as the kick off event for Alberta Beer Week, running from Friday October 18th to Saturday October 26th with events at breweries and other venues throughout the province.

For more details, see the full schedule on the ASBA website.