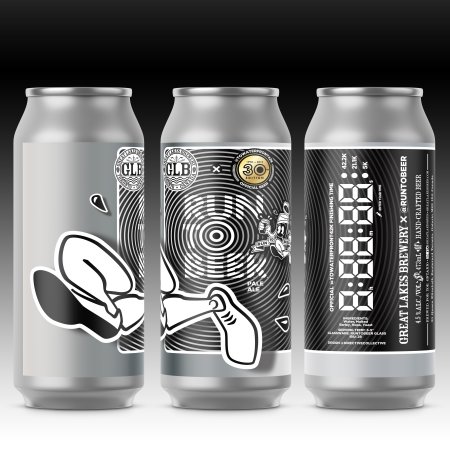 TORONTO, ON – Toronto running group RunTOBeer has announced details of this year’s edition of its annual afterparty beer for the Toronto Waterfront Marathon.

Officially launching on Sunday afternoon at CRAFT Beer Market Toronto – just 500 metres from the Marathon finish line – RunTOBeer Pale Ale will be available on tap for anyone to enjoy. In addition, the first 300 runners to show their race bib at the event will receive a free 473 ml can of the beer, featuring a can designed by Richard Kuchinsky of The Directive Collective that allows runners to record their finishing time as a keepsake of the day.

RunTOBeer Pale Ale will also be available at the Great Lakes taproom and retail store in Etobicoke, with 50 cents from each sale to be donated to Good Foot Delivery, a local delivery service that employs people with developmental disabilities.