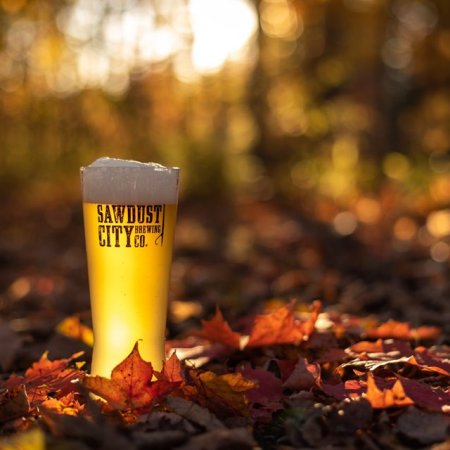 GRAVENHURST, ON – Sawdust City Brewing has announced a collaboration with bar chain Beertown as the 42nd of its 52 weekly beer releases for 2019.

This fresh hop pilsner pours an enticing hazy, golden straw with a pillowy white head. Unfiltered and raw, this old world lager has an alluring floral aroma with a touch of lemon and spice. An assertive but balanced bitterness counters the cracker-like character from the traditional German malt. Through the middle, the fresh Chinook hops from VQH Farms begin to shine. They bring forth floral and spicy notes along with fresh-cut grass and citrusy lemon aroma. Picked fresh in Ede Ontario, these “wet hops” lend a unique and distinct element to this collaboration brew. Crisp and crushable, this lager is loaded with flavour but insanely easy to drink.

Harvest of Eden will be officially launched on Thursday October 17th at Beertown London, and will be on tap at all Beertown locations. It will also be available in 473 ml cans at the Sawdust City retail shop and online store.