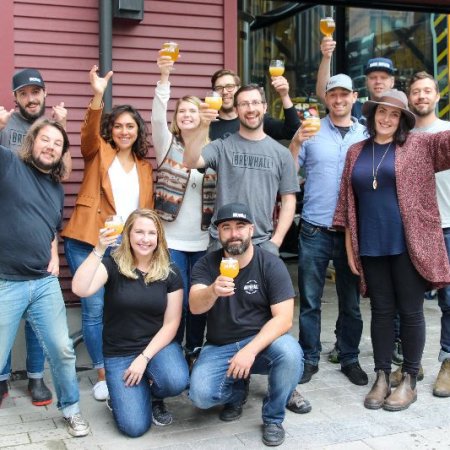 VANCOUVER, BC – The BC Beer Awards has announced details of the official collaboration brew for its 2019 edition.

Honour Roll (6.5% abv, 26 IBU) is a “tropical brut IPA brewed with German pilsner malt, and Wakatu and Amarillo hops for a fresh and fruity beer with a refreshingly dry and spritzy finish.”

Brewed at BREWHALL in collaboration with 33 Acres Brewing and Sooke Brewing – winners of Brewery of the Year and Rookie of the Year at last year’s Awards – Honour Roll will be available on tap during the 10th annual BC Beer Awards & Festival at the Croatian Cultural Centre in Vancouver on October 19th, as well as the three participating breweries and select craft beer bars in Vancouver and area.

Proceeds from sales of the beer will go towards a $3700 grant that will be awarded to a student enrolled in the Craft Beer and Brewing Essentials program at SFU.