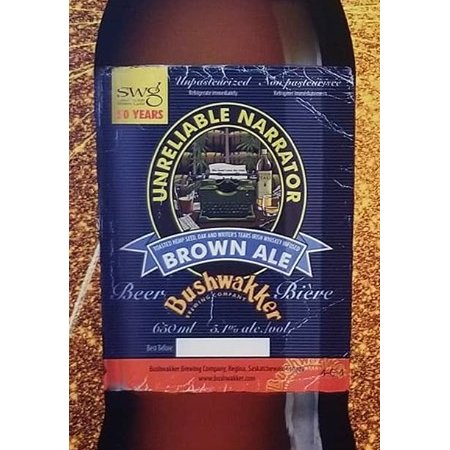 REGINA, SK – Bushwakker Brewing has announced the release of a new limited edition beer to commemorate the 50th anniversary of the Saskatchewan Writers’ Guild.

A one-off firkin of Unreliable Narrator will be piped in and tapped at Bushwakker today (October 18th) at 5:30 PM, with a limited run of 650 ml bottles going on sale in the brewery retail store at the same time. For more details, see the Facebook event listing.