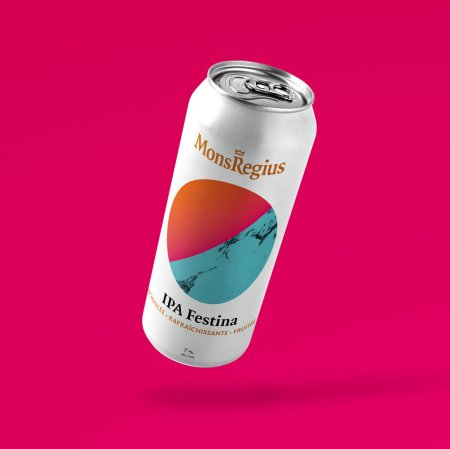 SAINT-BRUNO-DE-MONTARVILLE, QC – MonsRegius Bières Artisanales has announced the first of its beers to be released in cans.

IPA Festina is an orange colored and hazy beer. Its aroma is bright with fruity notes of citrus. Its round and soft texture is balanced by a refreshing sourness.

Previously available in 500 ml bottles, Festina is now being distributed in convenient 473 ml cans, with other MonsRegius IPAs set to follow.