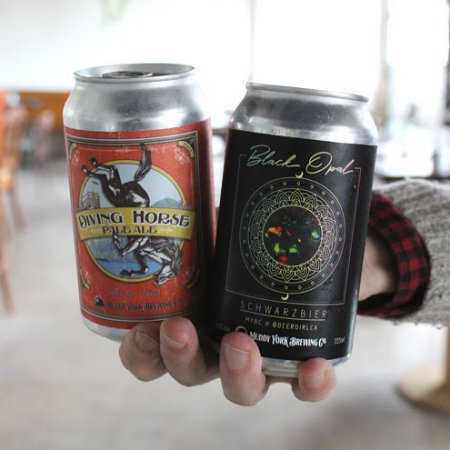 TORONTO, ON – Muddy York Brewing has announced that two popular beers have returned for a limited time.

Black Opal Schwarzbier (4.6% abv, 22 IBU) is a collaboration with Advanced Cicerone and BJCP Judge Lauren Richard that was originally available back in the spring. A gold medal winner at the 2019 Ontario Brewing Awards, it’s described as “crisp and refreshing [with] a very delicate roast character.”

Diving Horse Pale Ale (5.6% abv, 50 IBU) was one of Muddy York’s first beers, and was last available a year ago. Brewed in the style of a classic American Pale Ale, it’s described as “piney, citrusy, and bold as ever.”

Both beers are available now on tap and in 355 ml cans at Muddy York, with cans also available via the brewery’s online store.