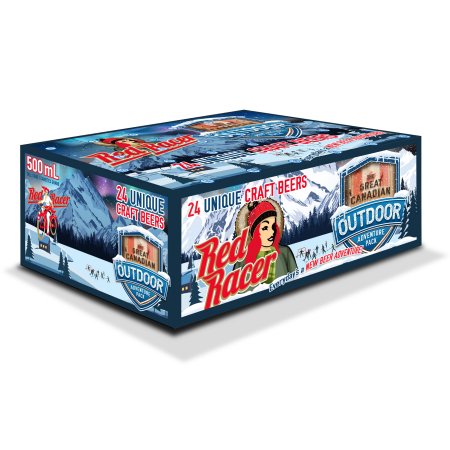 SURREY, BC – Central City Brewers has announced the release of a new advent calendar style mixed pack for this year’s holiday season.

The Red Racer Great Canadian Outdoor Adventure Pack includes 24 new and exclusive beers packaged in 500 ml cans, and featuring “plenty of styles, from lagers, to barrel aged beers, spirit-infused concoctions, and everything in between.”

This is the first time that Central City/Red Racer has created a holiday mixed pack on its own, following five years of releasing a collaborative split case with Vancouver’s Parallel 49 Brewing.

The Great Canadian Outdoor Adventure Pack will be available at liquor stores in B.C., Alberta, Saskatchewan, and Manitoba. Several beers from the pack will also be available at select bars and pubs in B.C. and Alberta in coming weeks.