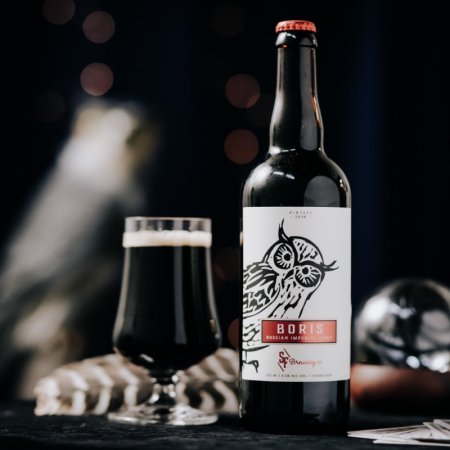 VANCOUVER, BC – Strange Fellows Brewing has announced the release of the 4th annual vintage of a limited edition barrel-aged seasonal.

Swift and silent, owl glides through the dark. His screech believed to portend death and misfortune. Some revere him as a messenger of the spirit world. An oracle of secret knowledge. Inspired by owl’s omniscience this barrel-aged stout penetrates the inky depth of the soul, illuminating unseen truths. First Brewed by the British for Catherine the Great, Empress of Russia this beer style is as rich in history as it is in character. Aged a year in Woodford Reserve Bourbon barrels and a recipe heavy in roast and dark malts this stout has an assertive backbone. Suggestions of dark dried fruits add complexity and peat smoked barley lends a scotch like nose.

Boris is available now in 750 ml bottles at Strange Fellows while supplies last.