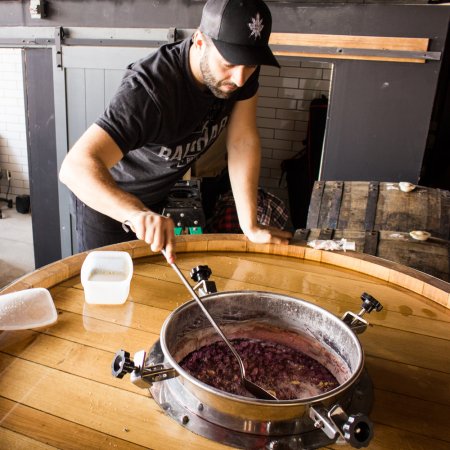 TORONTO, ON – Rainhard Brewing has announced the launch of a new series of foeder-aged sour ales.

Age & Beauty #1 is described as “a wild ale, aged in our French oak foeders, and blended with passionfruit and pomegranate.”

The new beer will debut at a Hallowe’en-themed mini-festival taking place at Rainhard on Saturday October 26th from 12:00 noon to 9:00 PM. It will be available alongside vintage kegs of several editions in the Rage & Love fruit sour series, a sneak peek of the next Age & Beauty edition, other Rainhard beers, and guest pours from breweries including Left Field, Muddy York, and Dominion City.

Other attractions will include activities for kids, a costume contest, and pizza by Flour Power. For more details, see the Facebook event listing.

Age & Beauty #2 – a wild ale with blackberry, lemon, and vanilla – will make be officially released during a Christmas-themed launch event on Saturday December 7th.