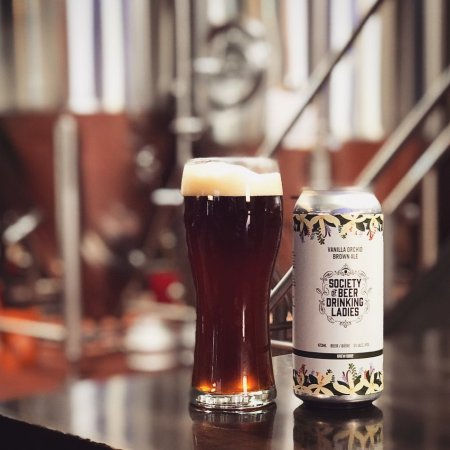 TORONTO, ON – Henderson Brewing and the Society of Beer Drinking Ladies (SOBDL) have announced the release of the second in a series of collaborative beers.

Brew 0002: Vanilla Orchid Brown Ale (5% abv) is the follow-up to Brew 0001: Blood Orange Saison which was released in the spring, and is described as follows:

Brew 0002: Vanilla Orchid Brown Ale is an English Brown Ale, brewed with Vanilla Orchid Rooibos tea. Never missing an opportunity to bring more women into the fold, the Society of Beer Drinking Ladies partnered up with teAlchemy, a female-owned, Toronto-based tea distributor. More than 20 pounds of the tea blend are used in each batch, added directly into the fermenter. The result is a light brown ale with earthy vanilla aromas, and notes of oatmeal raisin cookies, hazelnut and amaretto.

Brew 0002 is currently available in the Henderson Brewing taproom and retail shop, LCBO locations, and select grocery stores throughout Ontario. It will be on shelves until spring 2020 when it will be replaced by Brew 0003, a new beer in a style still to be announced.