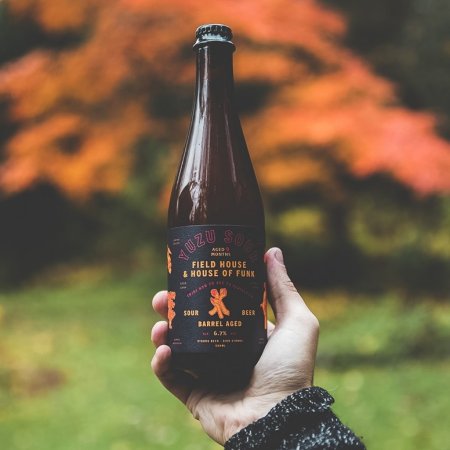 ABBOTSFORD, BC – Field House Brewing has announced the release of a new collaboration with House of Funk Brewing.

This beer features Patagonian Pilsner Malt, wheat and oats, and was fermented at high temperatures with a mix of sour cultures and kveik yeast. We then transferred into House of Funk’s foeder and aged with brett for over 6 months, then finally added a massive amount of Yuzu, a Japanese citrus fruit, which added huge aromas reminiscent of grapefruit and lime. Enjoy now or age to perfection.

Yuzu Sour is out now in bottles and on tap at Field House, and will be available at select private liquor stores starting next week.