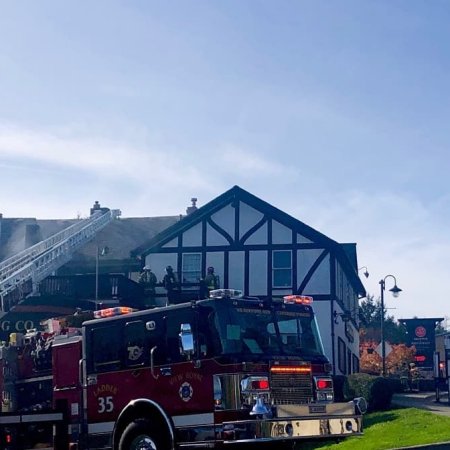 VICTORIA, BC – 4 Mile Brewing has announced that it is closed until further notice due to a fire that has caused extensive damage to the historic Tudor-style building that it is located in.

The building has been standing for more than 160 years, and was operating as the Four Mile House pub and restaurant for many years before the addition of the brewery in early 2014.

According to a report in the Times Colonist, firefighters were called to the scene around 2:00 PM on Tuesday afternoon, and it took close to hour to find the source of the fire which was burning in the walls and floors of the building.

The full extent of the damage has not been announced, and its not known when the brewery and pub will be able to reopen, but details are expected to be posted to the 4 Mile Brewing Facebook page when confirmed.