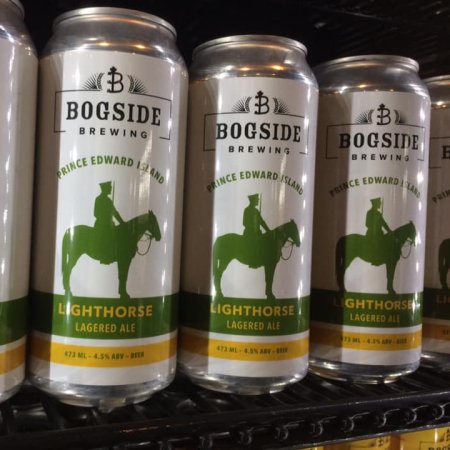 MONTAGUE, PE – Bogside Brewing has announced the release of a new beer that pays tribute to and raises funds for those who have served our country.

Lighthorse Lagered Ale (4.5% abv, 18 IBU) is named after a cavalry regiment that was based on P.E.I. in the early 20th century.

The Kölsch-style ale was launched at the brewery last weekend, and $1 for each beer sold will be donated at The Last Post Fund, a non-profit charity that assists with funeral and burials costs for Canadian and Allied Veterans.

Lighthorse Lagered Ale is available now in cans and on tap at Bogside Brewing.