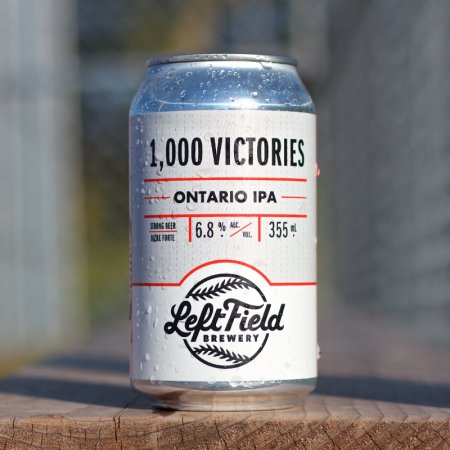 TORONTO, ON – Left Field Brewery has announced the release of the latest of a new collaboration with Ottawa’s Dominion City Brewing.

1,000 Victories is available now on tap and in 355 ml cans in the Left Field taproom, with cans also available via the brewery’s online store.