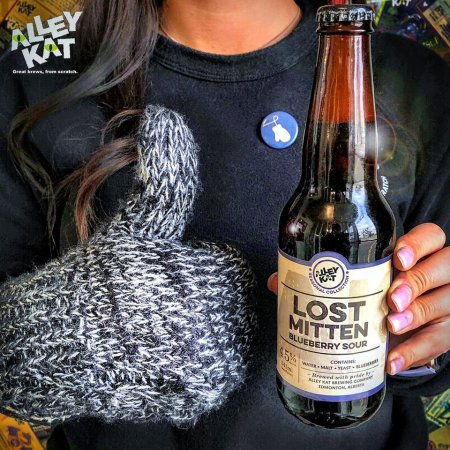 In a season heavy with stouts and porters, we’ve taken a new approach to winter beer. We’ve brewed a smooth bodied brown ale with characteristic flavours of toffee and caramel, and balanced it with bright, slightly tart blueberries. It’s the perfect combination to keep beer drinkers feeling warm and bright through the cold, dark months of winter

Lost Mitten Blueberry Sour will be released on Thursday October 31st, and will be available at Alley Kat and select retail stores, restaurants, and bars in Alberta through the winter.