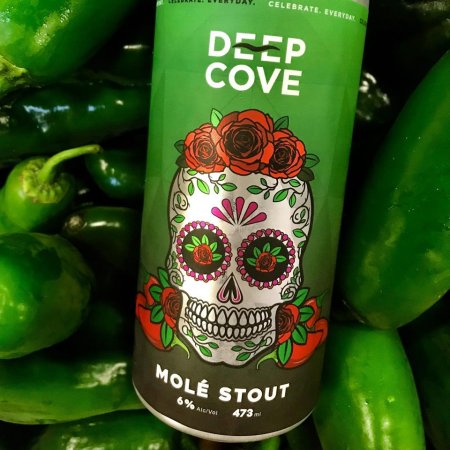 Molé Stout will be available at Deep Cove on Friday November 1st, and will be the feature beer at the Day of the Dead Fiesta taking place at the brewery on Saturday November 2nd.