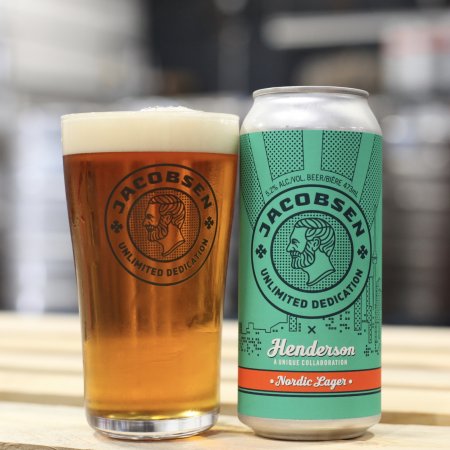 TORONTO, ON – Henderson Brewing has announced the release of a new collaboration with Jacobsen, the specialty beer division of Carlsberg.

Nordic Lager is infused with Scandanavian Angelica Root, which is known for it restorative properties and once said to be the currency of Vikings. It creates a quietly herbaceous flavour, backed with a mild sweetness. It is also brewed using the original Danish Yeast, which is nearly 200 years old, and Canadian grains. The result is a golden lager that is both complex and refreshing

The new beer will be officially launched on Sunday November 10th with Nordic Fest, an event in the Henderson Brewing parking lot that will feature “live music, Nordic games, an artisan market, Scandinavian inspired food from the Drake Commissary, and of course, lots of beer, including Nordic Lager as well as several Jacobsen beers that have never been released in Canada before.”

Nordic Lager is available now at Henderson Brewing, and soon at LCBO stores throughout Ontario.