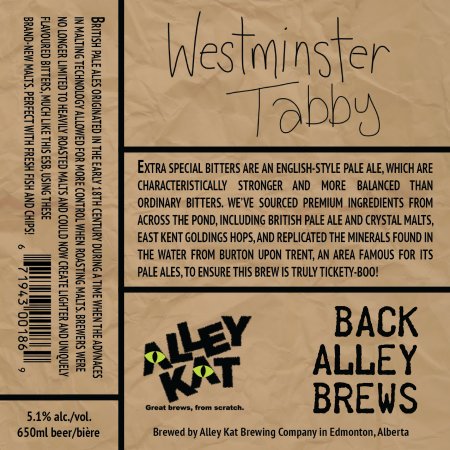 Our soon-to-show-up Back Alley Brew is an Extra Special Bitter, which is an English-style pale ale known to be stronger and more balanced than ordinary bitters. We’ve sourced premium ingredients from across the pond, including British pale and crystal malts, East Kent Goldings hops, and we replicated the minerally water from Burton upon Trent, an area famous for its pale ales, to ensure this brew is tickety-boo!

Westminster Tabby will be released on Thursday November 7th, and will be available in 650 ml bottles at the brewery, select retail stores, restaurants, and bars in Alberta while supplies last.