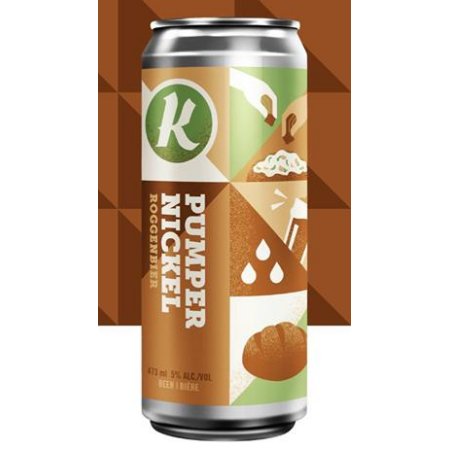 OTTAWA, ON – Kichesippi Beer has announced the release of the latest in its Kichesippi Labs Series of limited edition small batch beers.

When my mother would come home from the grocery store with a large round loaf of pumpernickel, it was sign that we were about to have guests. To this day, those dark rye notes still remind me of good times with good friends. Don’t worry though, we decided to leave out any of the spinach dip flavour with this beer. Our Roggenbier offers a prominent rye character with a subtle accent from the hops.

Pumpernickel is will be available in 473 ml cans and on tap at Kichesippi starting Thursday November 7th.