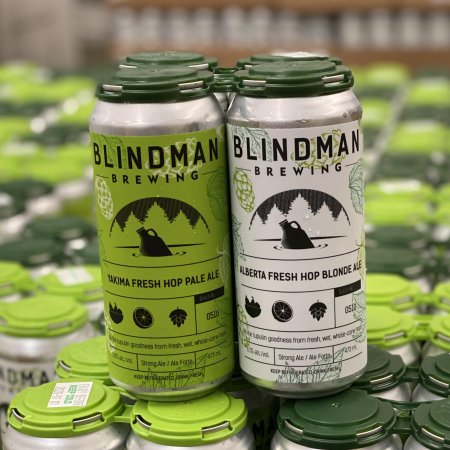 We got Centennial hops from our friends Jenelle and Shayne of Hop To It about 18km down the road to put in a nice blonde ale. Even a couple of us spent a good part of a Saturday picking the hops by hand. (Pro tip: Hops are scratchy. Wear gloves.) We got those into the beer in under 7 hours from the start of picking, and made a beautifully balanced blonde ale with all the freshness and terroir of some Alberta grown good stuff.

We convinced one of our suppliers Hopsteiner in Yakima, Washington (the epicenter of the hop universe) to overnight us 2 boxes. They were harvested, packed, and then flown to Calgary, where we were waiting at the airport with a van to scurry them up to Lacombe. About 24 hours after harvested, they were in the beer. This Pale Ale has a lot more oomph to it. Big citrus and pineapple flavours are surrounded with a classic West Coast hop bitterness that really awakens the palate.