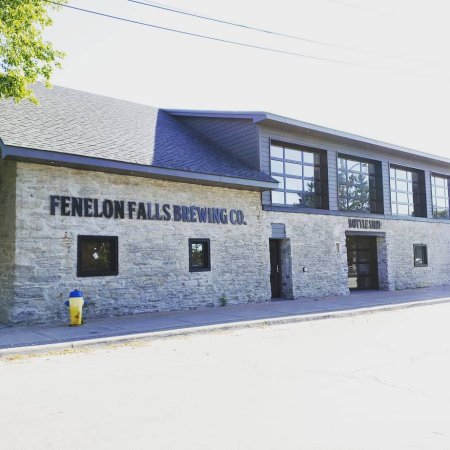 FENELON FALLS, ON – Fenelon Falls Brewing has announced the soft opening of its taproom in its namesake village in Ontario’s Kawartha Lakes region.

Fenelon Falls Brewing has been founded by husband and wife Vinh and Agatha Mac, and is located in an historic building has previously been home to a livery stable and blacksmith shop. The brewery side of the business has been in operation since earlier this year, and the retail shop was open occasionally over the summer while construction and permitting on the taproom was being completed.

Fenelon Falls Brewing is located at 4 May Street in Fenelon Falls, and will open at 12:00 noon daily, closing at 7:00 PM on Monday to Thursday, 10:00 PM on Friday and Saturday, and 5:00 PM on Sunday. For more details, see the brewery’s website.