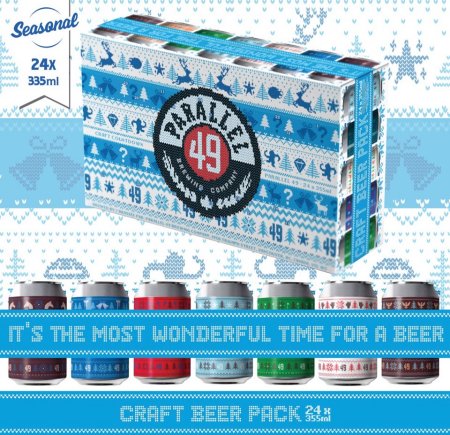 VANCOUVER, BC – Parallel 49 Brewing has announced the release of a new advent calendar style mixed pack for this year’s holiday season.

This is the first time that Parallel 49 has created a holiday mixed pack on its own, following five years of releasing a collaborative split case with Central City Brewers, who released their own 2019 advent pack last month.

The Craft Countdown Pack will be available Parallel 49 and select liquor stores in B.C., Alberta, and Manitoba while supplies last. The featured beers will also be pouring on draught one per day at the Parallel 49 taproom starting December 1st.