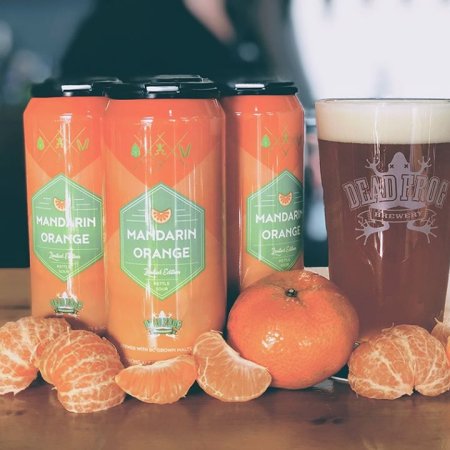 ALDERGROVE, BC – Dead Frog Brewery has announced the release of two new beers, including the latest in an ongoing series of flavoured sour ales, and an amped up version of a popular core brand.

Mandarin Orange Kettle Sour was brewed with local malts and hops, and is described as “a juicy bright amber ale with a splash of fresh orange, a crisp malt base, and a refreshing sour finish.”

Both beers will be launched at the brewery taproom on Saturday November 9th, where they’ll also be offering a $1 off deal on all flights of sour beers, and special extra-hot chicken wings. For more details, see the Facebook event listing.